OUR NEXT #TDFUK FACULTY ANNOUNCEMENT IS…
JO SCANLAN

Jo is a tap dancer, teacher, choreographer and director of Tap Attack.

After completing her training at the Centre of Performing Arts, where she obtained Fellowship status in both tap and modern with the ISTD and the IDTA,  Jo was awarded a number of scholarships to further her dance education including The Lisa Ullman Travel Scholarship to train with Manhattan Tap and Heather Cornell.  Jo became the first ever dancer to be award the prestigious musical scholarship – The Finzi Fellowship, which allowed Jo to continue her training in New York and at Oklahoma University.

Jo has for the past 17 years been a regular tap teacher at many of the UK’s leading full-time dance colleges including Italia Conti Academy of Theatre Arts, Sylvia Young Theatre School, Bird College, Performers College, Wilkes Academy of Performing Arts, London Studio Centre as well as teaching at numerous workshops and festivals internationally including Tap UK Festival, United We Tap, Tap United, Tap 24:7 and the International Dance Teachers Conference.

Jo is the Creative Director of Tap Attack, a Tap Company that she co-founded in 2007, which has gone on to build an international reputation for excellence in performance and technical training. The Company perform and teach regularly here in the UK, as well as overseas in theatrical productions as well as corporate performances for brands such as Puma, McDonalds, LV Insurance, Diamond Bio Pharm and Mercedes Benz. The Company also train the UK’s national tap team and to date have 21 World Titles. 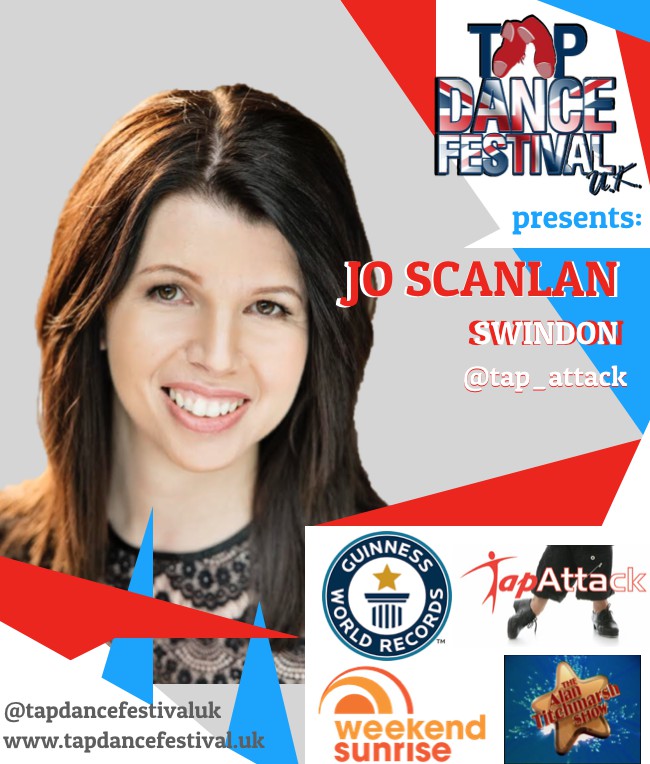