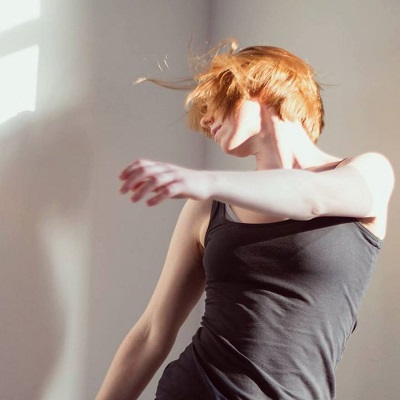 Jess Murray is recognized as a leading artist in the UK’s rhythm tap community. Jess is an experienced teacher having taught at LIPA, The Lowry Theatre and Band on the Wall as well as numerous other colleges and venues. She has coordinated community tap dance initiative Tap Rhythm Project since 2006, delivering rhythm tap sessions with community groups and producing tap jams and guest artist workshops. Her teaching style integrates elements of music theory and technique to explore different grooves and helping participants to find their own style of rhythm making and improvising. Her inspiration comes from ‘Hoofing’, which places musicality, improvisation and self-expression at the heart of the tap dancers craft.

As a guest soloist improviser, Jess has appeared twice at the Purcell Rooms as part of London Jazz Festival with Heather Cornell and Andy Milne and Bandwidth in Finding Synaesthesia (November 2007) and again with Andrew Nemr and Junior Laniyan as part of the Michele Drees Jazz Tap Project (November 2013) with whom she also performed as part of the opening act for the legendary John Hendrix at Ronnie Scotts (Nov 2010). Jess has appeared in three UK tours (October 2012 – February 2014) and a run at Glastonbury Avalon Stage (June 2013) as a Clog dancer with sell out show The Lock In which received five star ratings from the Independent and Telegraph during the Edinburgh Fringe (2013).