We are looking forward to welcoming Melissa Tannús to the TDFUK 2022 faculty!

Cited as one of “Tap’s Leading Ladies” by Dance Spirit Magazine, Melissa Tannús is a world renowned professional tap dancer, teacher and choreographer. Born in Brazil, Melissa trained at Studio Uai Q Dança and toured the country as a member of Christiane Matallo’s tap company and the band O Teatro Mágico. Her talent and dedication were quickly noticed by acclaimed teachers who awarded her with scholarships to train in the United States. Eventually, she decided to move to Los Angeles to follow her dream of becoming a professional tap dancer.

Melissa’s TV credits include The Late Late Show, America’s Got Talent, So You Think You Can Dance, Good Day LA and several other local news shows. She was also featured in articles on the New York Times, LA Times, DanceSpirit Magazine, Dance Magazine and many other renowned blogs. Furthermore, Melissa was seen on Visa Commercial “What’s Stopping You From Achieving Your Goals”.

One of her greatest passions is to share her love for tap dance, and she has taught in tap festivals and studios all around the world. 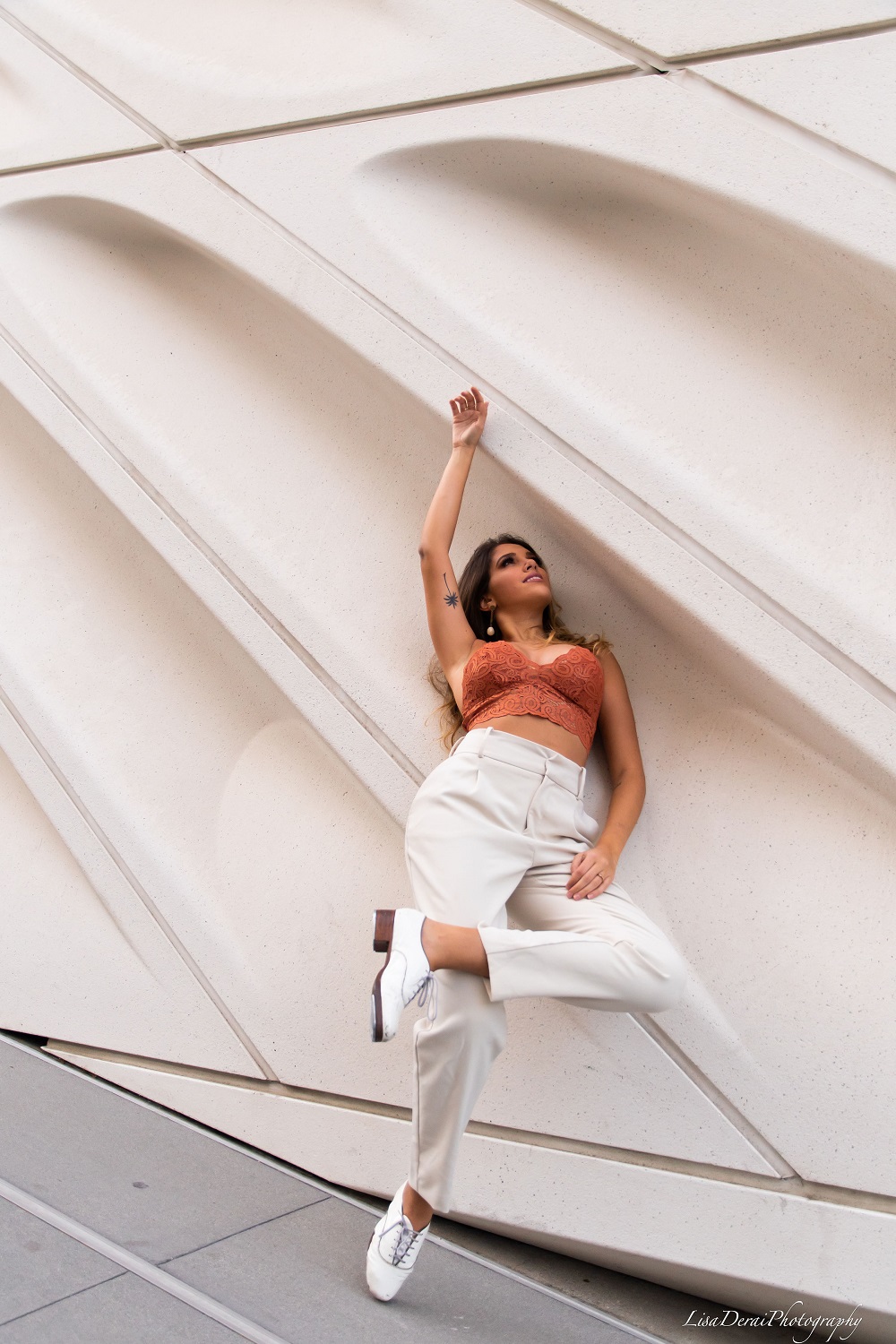