Robin put our participants through their paces in her classes at TDFUK in 2018 and she is set to do the same in 2021! Join Robin for Technique classes on Saturday 20th February as she drills our participants on their footwork, building stamina whilst also focusing on the cleanliness of their feet and their sounds. It promises to be a workout!

Robin Passmore has devoted her life to the art of tap dancing. Her love for her craft has led her to found her own dance studio whilst pursuing opportunities to perform in venues across the US. In 2018 Robin was approached by Perry & Melinda Sullivan who were choreographing Opium by Speigelworld at the Cosmopolitan Hotel, Las Vegas. She earned her position as Dance Captain and performed in the show nightly for many months. She is also Dance Captain for Chloe Arnold’s Apartment 33, performing at various venues around NYC, includingLincoln Center. She has shared the stage with Chloe Arnold’s Syncopated Ladies. Robin was a cast member of Jared Grimes Broadway Underground and has worked with Jared (no italics needed) on numerous occasions, including pre-production for the new 42nd Street.(italics needed) Her TVcredits include Sesame Street and Good Morning, America.

Robin travels across the United States and Canada teaching master classes and setting choreography. In 2018 she taught internationally at Tap Dance Festival UK. When Robin is not traveling for performances she is the Founder- Director of Passmore Dance studio in her hometown Swedesboro, NJ. Robin is a passionate and dedicated teacher who sets extremely high standards for her students. Her footwork is referred to as some of the cleanliest in the business, and she expects the same of her students as she demands of herself. 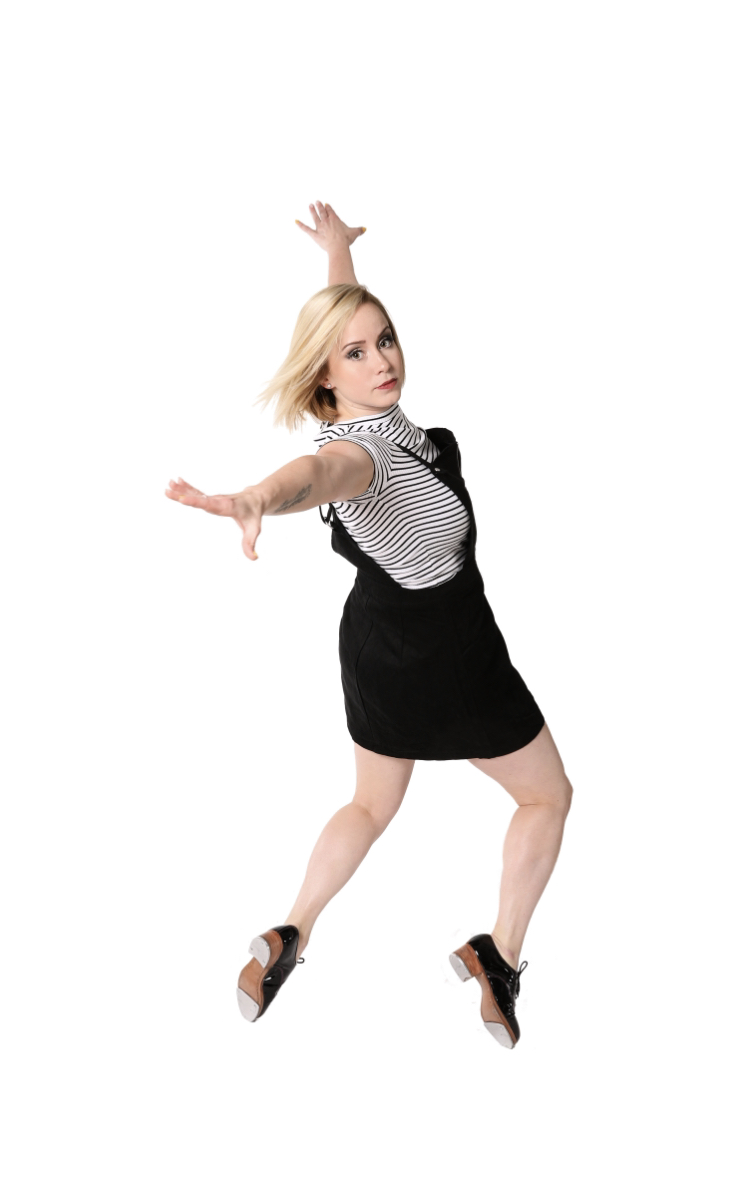