She requires no introduction… Sarah Reich is BACK! She’ll be running Choreography Workshops for Intermediate and Advanced Level participants on Sunday 21st February. She will also be offering a valuable Music Theory Session to all our registrants as part of our community enrichment sessions on Monday 15th February, where she will be demystifying time signatures and so much more.

Sarah Reich (Performer, Choreographer, Instructor, Composer) has emerged as one of the new leaders in the Art Form of Tap Dance. This Los Angeles native was named one of the “25 To Watch” in the 2017 Dance Magazine article. Sarah has been sought after to perform, choreograph, and teach in over 40 countries.  “I want to continue to bring tap into mass media with great respect and quality,” she says, focusing on “reprogramming the minds of the general public on their perception of tap dance.” (Dance Magazine 2017)

Sarah has become one of the art form’s pop culture ambassadors, thanks to her appearances in videos with Scott Bradlee’s Postmodern Jukebox. Her videos with them (A Star Wars–themed tribute, “The Tap Awakens,” & “Thriller”, a Michael Jackson cover featuring Wayne Brady) have garnered millions of views on YouTube, all receiving rave reviews. She has toured the world with Postmodern Jukebox playing prestigious venues such as Radio City Music Hall, Walt Disney Concert Hall and the Sydney Opera House as well as a televised PBS special filmed in Las Vegas.

Previously she was seen on Season 11 of FOX’s So You Think You Can Dance with Chloe Arnold’s Syncopated Ladies and Season 8 with Jason Samuels Smith’s, A.C.G.I. With her own company, Tap Music Project, she has choreographed and performed at the Ford Amphitheatre, UCLA’s JazzReggae Music Festival, Blue Whale jazz club, and the televised LA County Holiday Celebration. Sarah was also a performer at Madison Square Garden for the opening of the NY Knicks 2013-2014 season. She was sought out to perform at Jazz at the Lincoln Center for a tribute to Duke Ellington in New York City in 2017.

In addition to her vast international travels and countless television appearances, Sarah has had the honor to perform at some of the most prestigious venues back home in Los Angeles such as The Hollywood Bowl, the Greek Theater with Mexican Pop-Star, Cristian Castro and the Kodak/ Dolby Theater with the great Herbie Hancock.

With her Tap Music Project intensives in various cities, Reich teaches tap dancers how to dance with more musicality, communicate with musicians and write music. Using a live band in class, she instructs students on how to “scat” rhythms or transcribe choreography with rhythm notation, among other skills.

Sarah is developing new, and exciting works with her company Tap Music Project, with her debut Tap Jazz Album titled “New Change”. This album is originally produced, composed from percussive tap rhythms, and performed by a great selection of musicians to create a unique sound. She hopes this is just the beginning: “I want to be the first tap dancer to win a Grammy Award!” 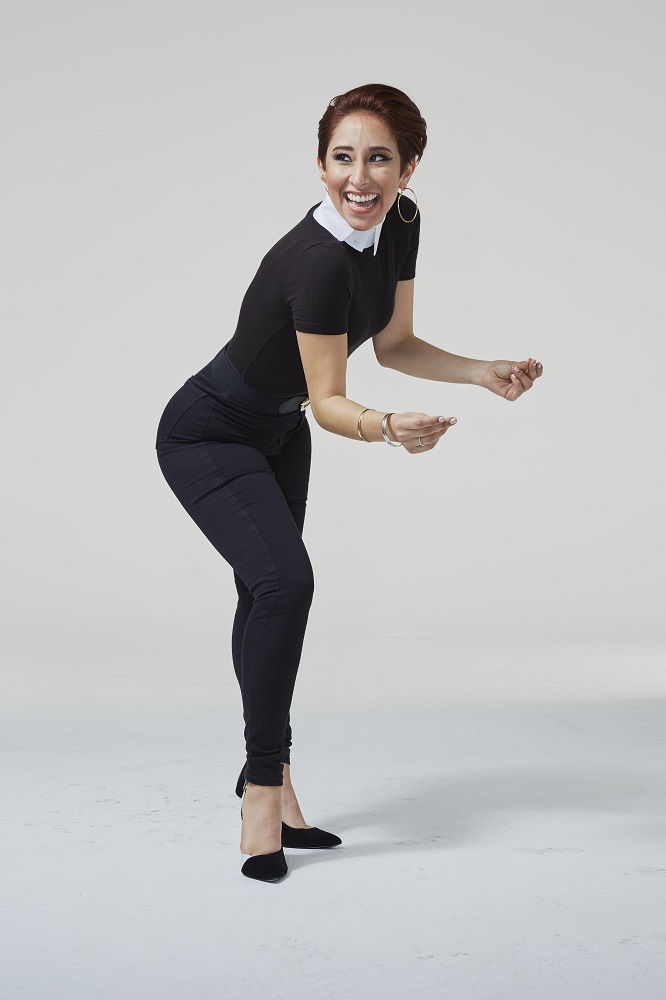