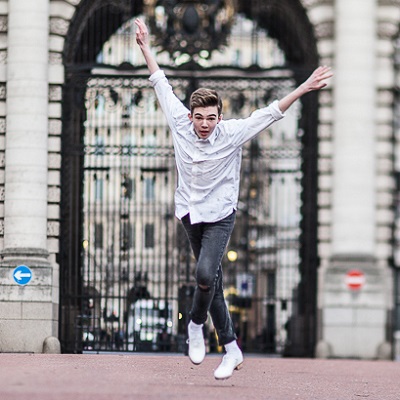 Kai is a 16 Year Old Tap Dancer from Swindon, England. Currently he trains with Tap Attack and the Great Britain Tap Team where he has become a multiple time World Champion over the years.  He has been fortunate to receive scholarships to enable him to train in America with teachers including Jason Janas, Anthony Morigerato, Mike Minery, Sarah Reich, Chloe and Maud Arnold. He was also invited to take part in an internship with Jason Janas’ tap company Co.MITT in 2018 in Los Angeles.

Kai’s performances include TV shows – Britain’s Got Talent, Little Big Shots and Taking The Next Step (for which he was runner up), numerous theatrical and charity galas, videos and corporate events, shows across the UK, Europe and America and a short film “Dance beats cancer’.

Kai has developed a passion for choreography and has been fortunate enough to develop his own dances which he has then be able to perform for TV, shows and competitions. He also assists regularly for Tap Attack at workshops and conventions around the country where he often has the chance to also perform.

He has recently choreographed for the first time for the GB Tap Team at the IDO Tap Dance World Championships with his dances gaining a Gold and Silver medal in the Junior Male category.